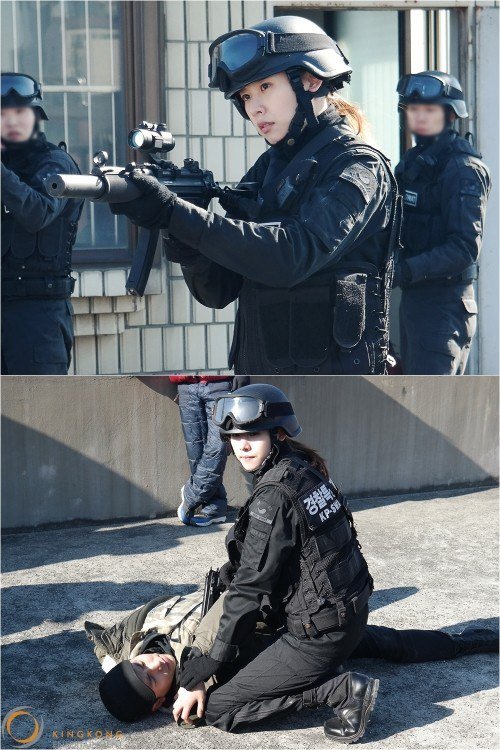 Pictures of Jo Yoon-hee were released by her agency King Kong Entertainment.

In the drama "Pied Piper", Jo Yoon-hee takes on the role of Yeo Myeong-ha, a lieutenant in the crisis negotiations team. She is awkward in speech compared to Seong-chan (Shin Ha-kyun) and Hee-seong (Yu Jun-sang) but she understands her opponent and believes she can make the negotiations successful.

The pictures of Jo Yoon-hee show her wearing a black Special Forces uniform. This is before she moved teams. She's pointing her gun towards something or someone and is wearing a black helmet with goggles. Then she's kneeled down in front of a man she's suppressing as she has him under control.

Meanwhile, "Pied Piper" is the story of a crisis negotiations team who try to solve a problem through communication. The first episode can be seen on the 7th of March at 11PM.