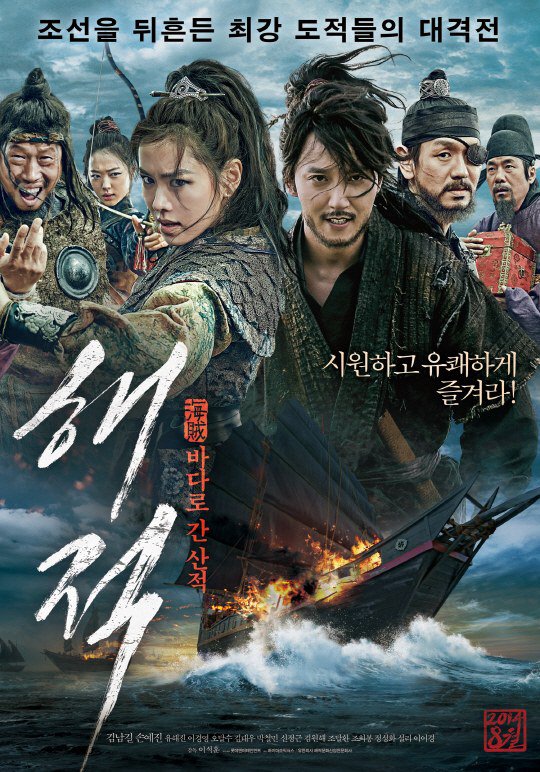 The movie "Pirates" has grit. It's been on top of the Box Office for 5 days in a row. According to the Korean Film Council, "Pirates" gathered a total of 6,180,075 figures until today. It beat "The Admiral: Roaring Currents" on the 22nd and has been on top ever since.

"Pirates" is a comic action flick about a group of pirates who search for a seal that disappeared with the attack of a whale. Word about the movie has traveled fast and there's a constant flow of audiences arriving to watch the movie.

"The Admiral: Roaring Currents" has slowed down a little. It's come to second place with 89,438 on the 26th.

""Pirates" breaks through 6 million "
by HanCinema is licensed under a Creative Commons Attribution-Share Alike 3.0 Unported License.
Based on a work from this source