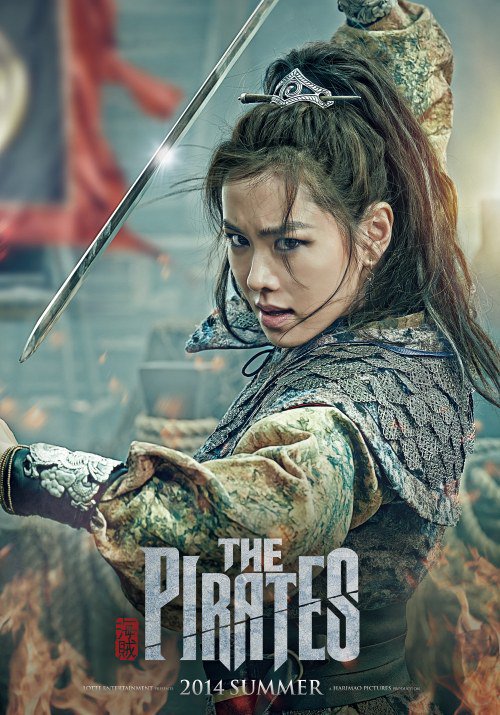 "Pirates" has been presold to North America, Japan, Germany, Belgium, The Netherlands and 15 other countries in the Cannes Market.

"Pirates" is a action adventure about pirates and bandits searching for a missing seal that went missing at sea when it was attacked by whales.

Being presold to one of the greatest film markets America, Canada, Japan, Germany, Belgium, The Netherlands, Luxemburg, Poland and other East European countries, Taiwan, Thailand, India, South America and other counties is a rare occasion. This is the birth of a great, well-made action adventure film.

Overseas buyers saw the movie through an English version of the trailer and said, "Despite the fact that it was a short video, expectations depend on the great GC quality, scale and action scenes". "There have been many Korean blockbuster on the Cannes Market but this is the most entertaining and has great potential to appeal to the public".

Not only that, the poster of Son Ye-jin was published in the "Screen Daily International", which is only issued during the Cannes Festival. Son Ye-jin appears in the poster with her hair tied up, accessorized with unique decorations while holding a long sword; she's attempting the action genre for the first time in her acting career.

She's a female boss who has control over the seas and is bound with charisma and dynamic sword skills. "Pirates" is the most successful out of all Korean movie for having been sold to 15 countries, even before its release.

""Pirates" recognized at Cannes"
by HanCinema is licensed under a Creative Commons Attribution-Share Alike 3.0 Unported License.
Based on a work from this source