"Pirates" Son Ye-jin, will she become an 'action queen'? 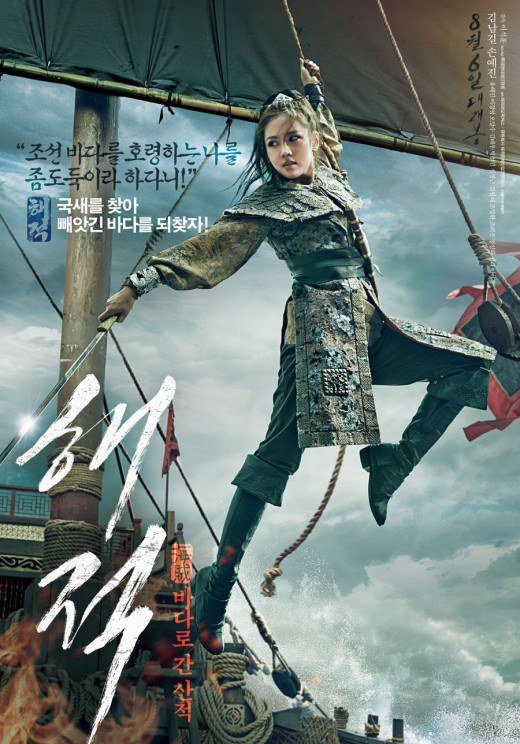 Son Ye-jin is about to bring out the action in her in the blockbuster "Pirates" which is directed by Lee Seok-hoon.

"Pirates" revealed a poster with Son Ye-jin dressed up as Yeo Wol, a female gang leader. The poster shows the kind of action that she will display this summer.

First, Son Ye-jin displays action with her bare hands in the scene where she meets Jang Sa-jeong, played by Kim Nam-gil, another leader of a pirate gang. She then uses a sword to defeat her opponent Soma played by Lee Kyung-young.

Son Ye-jin is about to surprise everyone with her strong and charismatic action moves in the battle at sea with all of her enemies. Living up to the name, a female ring leader, Son Ye-jin covers everything from flying in the air, doing 360 degree turns and such.

Kim Young-ho, the camera director says, "I feel she's going to get cast for many action movies after this because she's just that good". Kim Nam-gil also added, "She claims it was very difficult, but she did so well that the director couldn't stop praising her. It doesn't seem like it's her first time in action".

The acclaimed poster shows Son Ye-jin hanging from a rope. It looks as though she's actively moving in the poster in thick, battle costumes and there's no hiding her natural beauty. Son Ye-jin is about to come out strong in the movies and show fans a side of her they've never seen before.