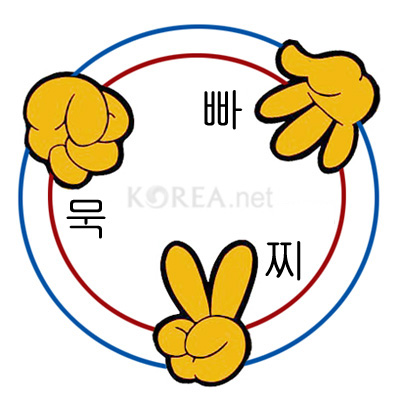 "Koreans play rock-paper-scissors a lot". I've heard this comment from foreigners many times. What most of them don't realize is that it's probably not only the simple rock-paper-scissors they are witnessing, but the more complicated, upgraded version called muk-zzi-ppa (묵찌빠).

Rock-paper-scissors is called gawi-bawi-bo (가위 바위 보), which is scissors-rock-cloth in the order of the Korean alphabet. This is the regular game where you put out hand signals the equivalent of the three elements and determine who wins in a single go. Rock crushes scissors, scissors cut paper, and cloth wraps rock.
Unlike gawi-bawi-bo, which can be played by multiple players, muk-zzi-ppa is played by two players only and the goal is to make your opponent put out the same signal as you. This is done by playing consecutive rounds of gawi-bawi-bo where the winning player gets to play offense and "attack" while the other plays defense and tries not to submit to the attacker's ploy. 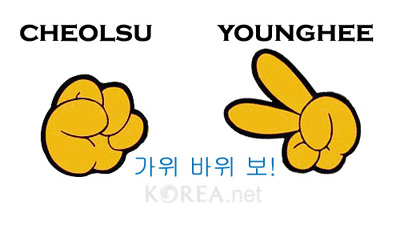 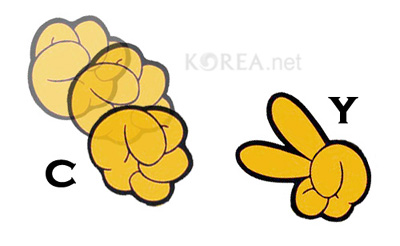 Cheolsu decides on his next move before shouting out what signal he is going to put out, hoping that his opponent would do the same, just by listening to him. 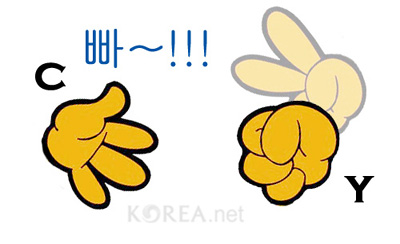 Cheolsu yells "Ppa!" and switches his rock to paper, while Younghee changes her scissors to rock at the same moment. Since cloth wins over rock, Cheolsu still maintains his offense status 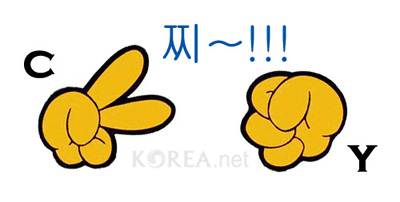 Cheolsu then yells "Zzi!" while switching to scissors. Younghee opts not to change her signal – you can switch or keep signals as you wish – and remains a rock. She now has the right to attack. 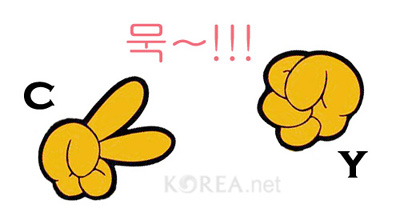 Younghee yells "Muk!" and keeps her rock once again. Cheolsu decides to keep his scissors as well, which benefits Younghee as she may attack again. 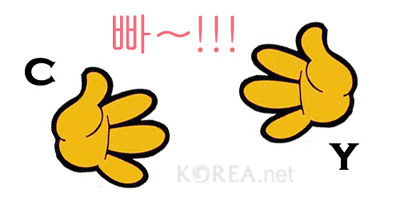 Younghee yells "Ppa!" while Cheolsu puts out the same, effectively ending the game. 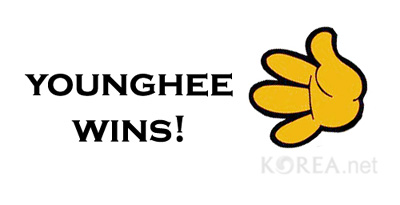 Confused? Here's a short video clip of the game in action:

The game usually lasts longer if the players are hardcore strategists, but since my friends were only doing this for fun, it was a short one. "Strategy?" you might ask. Of course there is a strategy. It concerns reading the opponent's patterns and maximizing on them, using the right combination of switching it up and letting it be. I have to admit a little bit of luck helps, too.
People tend to play three rounds of this game to determine a winner. Try this game the next time you need to decide who will buy the next round of drinks or who will run to the convenience store to get some ice cream bars while you picnic on the Han. If you have a large group, play it in tournament style; you'll be surprised how competitive it can be!