"Please Come Back, Mister" Oh Yeon-seo to come back, hot lady VS stranger 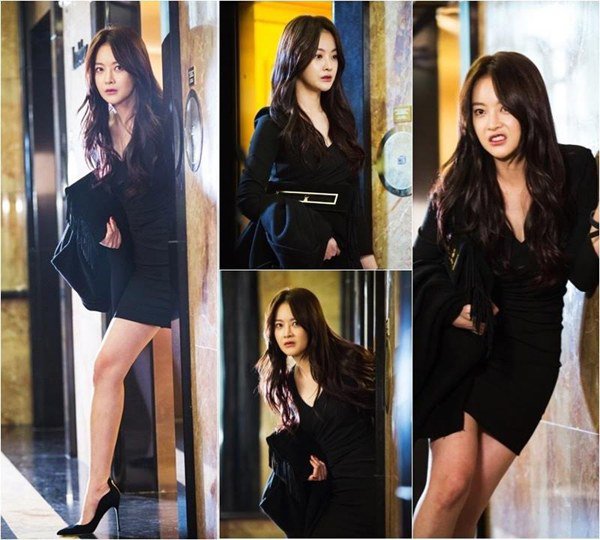 Actress Oh Yeon-seo is coming back with the new SBS drama "Please Come Back, Mister".

She's starring in the drama as Hong-nan, a 40s man who was a former boss of a gang who was reborn into a 'hot woman'. She looks like a woman but is a 40s man on the inside.

In sneak previews of Oh Yeon-seo, she's wearing a tight black dress with her hair in waves.

However, unlike her petite appearance, she's frowning about something and she looks like she's struggling in a pair of black heels as she's leaning on a wall. She also looks angry at the heels and in pain.

Oh Yeon-seo's first take was in a hotel in Gangnam, Seoul on the 18th last month. She arrived on the set early and watched those ahead of her while adjusting to the environment. Guests of the hotel stood by to watch her but she didn't mind the eyes and went through her routine with director Sin Yoon-seob.

Oh Yeon-seo said, "This was the first day of the cold weather and I felt bad for the staff who had to endure it with me. I felt awkward as it was my first day but everyone was very nice and caring towards me".

"Hong-nan wears a skirt and heels for the first time so I wondered how I was going to make it look but it turned out alright and it was fun".

"Please Come Back Mister" is about Rellife, by a group of friends who visit the other world and are given a second chance in life starring Kim Soo-ro, Choi Won-young, Kim In-kwon, Rain, Lee Min-jung, Lee Honey, Oh Yeon-seo and more. The first episode will come on the 24th at 10PM.

""Please Come Back, Mister" Oh Yeon-seo to come back, hot lady VS stranger"
by HanCinema is licensed under a Creative Commons Attribution-Share Alike 3.0 Unported License.
Based on a work from this source