"Please Don't Date Him", "Somewhere Between Sitcom and Drama" 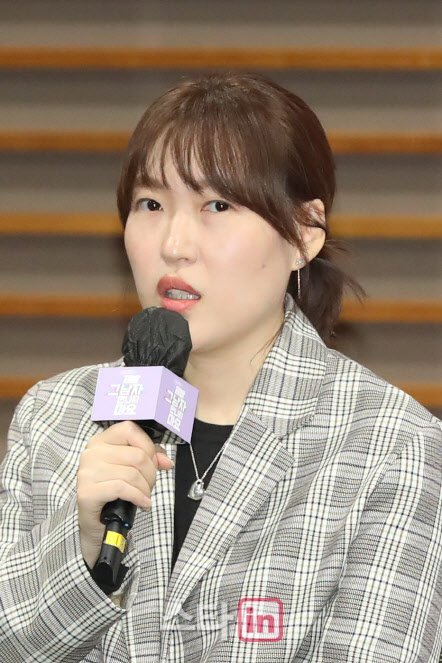 The premiere of the new MBC drama "Please Don't Date Him" was held on the 10th with producer Oh Mi-kyeong, actors Song Ha-yoon, Lee Jun-young, Gong Min-jung and Yoon Bo-mi.

Director Oh Mi-kyeong said, "I personally enjoy watching sitcoms so I am constantly dramatizing new works in the entertainment department. This drama in particular is especially dear to me because I've been on it since the planning stages".

About her production intentions, she said, "It's fun hearing about people's failed cases in love. I thought it'd be fun to turn them into a story. This drama is something between sitcom and drama so I hope I can deliver serious stories in humorous ways".

She added, "The chemistry between the cast was so good we got many ad-libs. You can look forward to that".

"Please Don't Date Him" which is set to air on the 10th, depicts a romantic comedy drama in which Seo Ji-sung, who wants to love but avoid wrong answers, creates an AI refrigerator called Cho Sang-shin. With the unique genre of 'AI Intervention Romance', the main character Seo Ji-seong (Song Ha-yoon) is expected to tell a story about an unusual change in the artificial intelligence refrigerator he was developing one day, and later, the refrigerator will tell the secret of "Please Don't Date Him". In addition, the combination of Seo Ji-seong and Tak Gi-hyeon (Gong Min-jung) and Moon Ye-seul (Yoon Bo-mi) with different charms is expected to draw sympathy from the 20s and 30s. In addition, the meeting between Lee Jun-young and Song Ha-yoon is also anticipated. As it is an entertainment drama, director Oh Mi-kyung from the entertainment department is directing the drama, showing off her youthful sense.

""Please Don't Date Him", "Somewhere Between Sitcom and Drama""
by HanCinema is licensed under a Creative Commons Attribution-Share Alike 3.0 Unported License.
Based on a work from this source