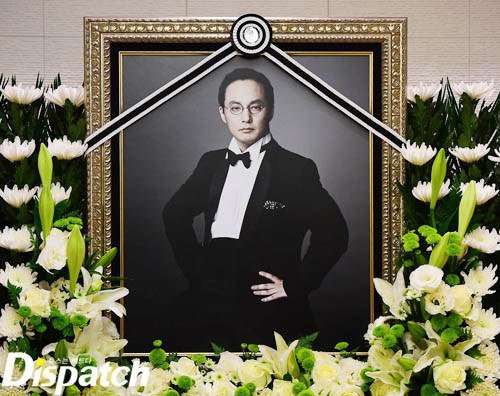 The investigation regarding Sin Hae-cheol's death is officially being set. Currently data has been collected and soon they will be looked over and consulted.

Chief Jeong Chae-min told Dispatch on the 5th, we are waiting for medical records from the hospital.

The records from the hospital are pictures of his enteroplasty surgery, records of the surgery and medical treatments. There are also the autopsy records from the National Scientific, Criminal and Investigation Laboratory.

However, the video recording of the surgery hasn't been found yet.

The police said, "The family claims there is a video footage of the surgery but we didn't find anything when we searched the hospital. We are checking for its existence". The police have also requested additional autopsy research on the small intestine to check if the tresis happened because of the surgery.

The director of the said hospital is going to be summoned for questioning within the week.

Jeong Chae-min said, "We are going to complete questioning all those who had anything to do with the surgery. The director is first and then two other people from the hospital will be called on. We plan on asking the Korean Medical Association for questioning as well".

Meanwhile, the late Sin Hae-cheol has been settled in Anseong on the 5th. The family held a press conference and said, "He had no problem before the surgery and we hope results come out through the investigation".

"Police check pictures and records regarding Sin Hae-cheol's death"
by HanCinema is licensed under a Creative Commons Attribution-Share Alike 3.0 Unported License.
Based on a work from this source