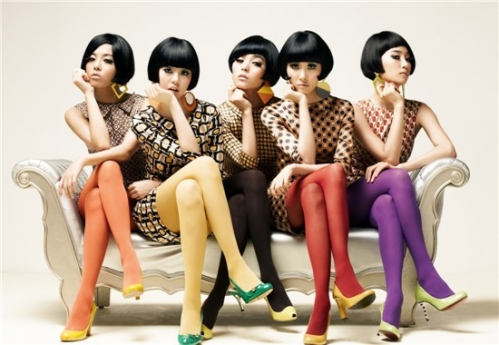 The Korean girl band Wonder Girls will begin their Asian concert tour with the release of their new album in Japan, Nobody for Everybody.

We left Asia behind to take on the challenge of the U.S. market, the five-member K-pop group told reporters at Imperial Palace Hotel Seoul on Tuesday afternoon. Were ready to woo our fans in Japan and Asia with our concerts and new album.

After its debut in 2007, the group was catapulted to stardom with the hits Tell Me and So Hot. In the U.S. market, Nobody reached No. 76 on the Billboard singles chart. Earlier this year, Wonder Girls appeared on the U.S. TV movie Wonder Girls at the Apollo in a dance and singing battle against American groups.

Though Wonder Girls spearheaded the Korean Wave, they tapped Japan and other Asian countries relatively late.

Ive gotten more comfortable with working abroad thanks to our experience in the U.S., said group member Ye-eun. I believe we can be loved because each of the five members is unique and our music is easy to enjoy.

The new album contains six songs, including the hit Nobody in Japanese, Korean and English and Be My Baby in Korean. The group topped the Korean music chart with Like This from its extended play release Wonder Party released early this month, quite an achievement given that the Korean boy band Big Bang released their new song Monster the same day. Wonder Girls stressed their contributions to their songs, as two were composed and written by Ye-eun and one by You-bin.

The girl groups first concert of its Wonder World Tour will be held at Seoul`s Jamsil Gymnasium at 7 p.m. on July 7. This will be Wonder Girls` second solo concert in three years and the first step of their tour of Japan and Asia.

"Pop group Wonder Girls to begin Asian tour with new album"
by HanCinema is licensed under a Creative Commons Attribution-Share Alike 3.0 Unported License.
Based on a work from this source