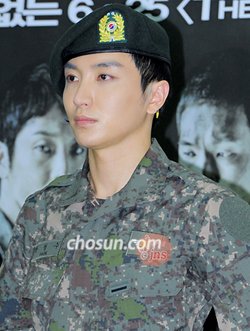 The father and grandparents of Leeteuk of boy band Super Junior were found dead in their home on Monday morning. Police in Dongjak District said the bodies were found at around 9:30 a.m. by Lee's nephew.

Lee's grandparents were found lying down in their bedroom, where his father was hanging by a rope around his neck, according to police.

Police discovered a suicide note in the room believed to have been written by Lee's father, suggesting a murder-suicide.

"We believe Leeteuk's father strangled his parents to death and then took his own life", a police spokesman said.

Lee's father had been caring for his parents, who had dementia, for 15 years and apparently decided to end their suffering.

Lee started his mandatory military service in October 2012 and was given emergency leave to attend the funerals.