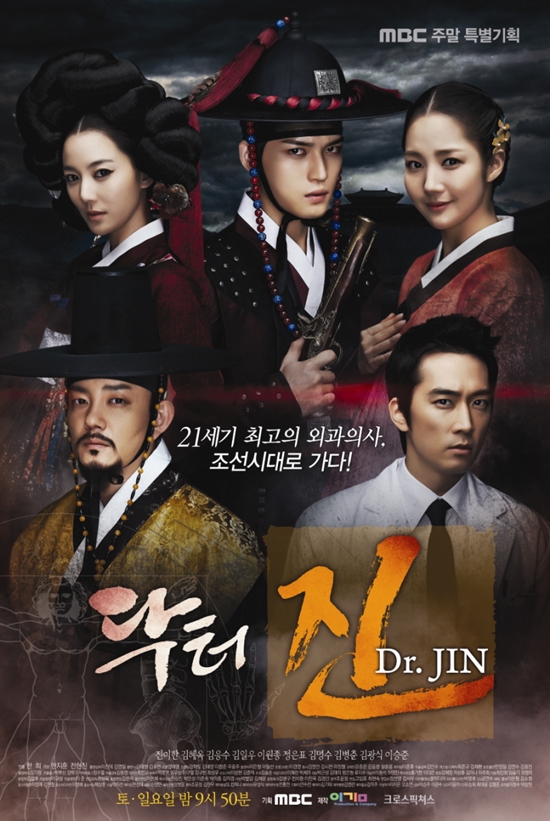 Sat, Sun 21:50
Previously known as Time Slip Dr. JIN (타임슬립 닥터 진, Ta-im-seul-lib Dak-teo-jin)
Synopsis
Based on a cartoon, this drama was aired in Japan and greatly succeeded as it is about a doctor with medical knowledge and skills from the 21st century who traveled to the end of the 19th century and cures a disease.