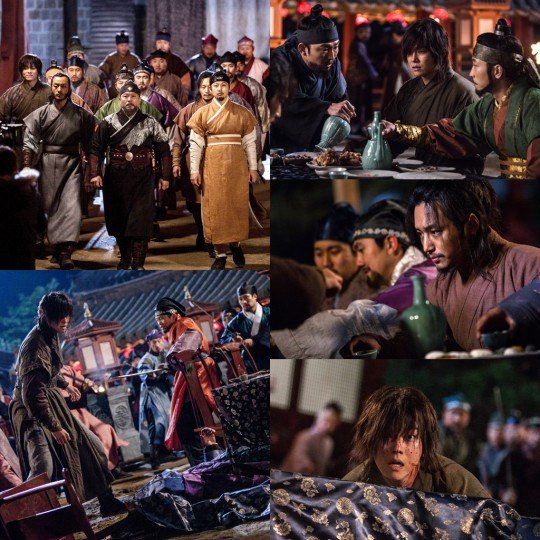 A preview of the drama "Six Flying Dragons" is taking on a new turn.

On the 28th, SBS drama "Six Flying Dragons" has the characters facing danger.

In the ending of the episode of the drama on the 24th, Lee Seong-gye (Chun Ho-jin) is invited by Jo Min-soo (Choi Jong-hwan) to a banquet. Behind the scene, warriors are getting dressed in black to start a battle. However, the people in the banquet are happy and peaceful.

What is going to happen? The pictures show is taking shelter with Lee Ji-ran (Park Hae-soo) and some of his warriors. However, Lee Bang-ji (Byun Yo-han) and Moo-hyool (Yoon Kyun-sang) sense something wrong and tense up.

Meanwhile, "Six Flying Dragons" will be seen on the 28th at 10PM.