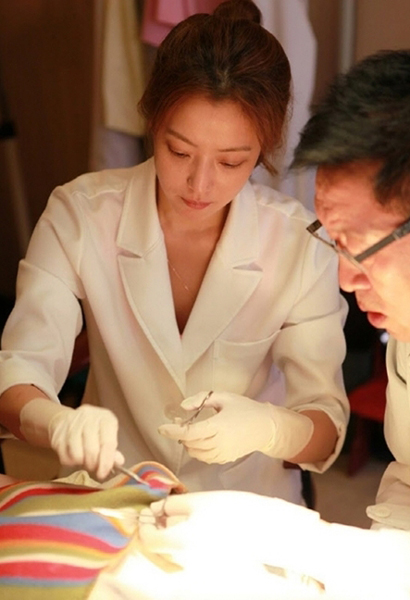 Blockbusters are making their way through dramas. In addition to MBC "God of War" which cost 20 billion won (~US$10 million), SBS "Faith" and "The Great Seer" cost just as much and is preparing to present themselves with some fancy sights.

"Faith" with Lee Min-ho and Kim Hee-sun start off first. To be aired for the first time on the 31st of August, "Faith" is a romance drama between an ancient warrior and a modern day doctor.

Created by Kim Jong-hak and writer Song Ji-na, it is also Kim Hee-sun's first drama in 6 years and Hallyu star Lee Min-ho's next big project. The computer graphics cost per episode is known to be 6~7 hundred million won (~US$700,000) and the estimated total cost should be about 10 billion.

"The Great Seer" comes next. To be released in October, "The Great Seer" is a fiction historical about topography scholars establishing the Chosun with Lee Seong-gye in the lead. A single episode is said to cost 3 hundred million won (~US$300,000) and the main lineup cast is to be made up of top stars.

"Production cost at 10 billion"
by HanCinema is licensed under a Creative Commons Attribution-Share Alike 3.0 Unported License.
Based on a work from this source