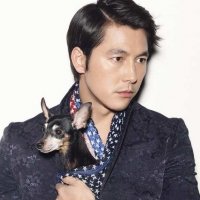 The 36-year-old actor stars opposite Michelle Yeoh ("Memoirs of a Geisha") in the film which is being co-directed by Woo, the famous Hong Kong helmer of "Mission:Impossible II", and Taiwan's Su Chau-bin.

Renowned producer Terence Chang, who has partnered with Woo for big Hollywood projects such as "Face/Off", is taking part in the movie, which he calls "`Face/Off' meets `Mr. & Mrs. Smith' set in the Ming Dynasty", according to the Hollywood Reporter.

"Rain of Swords" is a "wuxia" or martial arts film that follows a love affair between a retiring assassin (Yeoh) and a messenger (Jeong) whose father was killed by the assassin's former associates.

The assassin is initially oblivious of her lover's history and the fact that he is well-trained in martial arts. Meanwhile a character played by Wang Xue-qi sets out to steal a powerful artifact in her possession.

The movie will be shot over the next three months in China and Taiwan, and is slated for release in the second half of 2010.

Jeong rose to stardom in youth dramas such as "Beat" in the 1990s, and starred in last year's hit action film "The Good, the Bad, the Weird" and most recently in the Korea-China co-production "Season of Good Rain". He left for China on Oct. 27 and has since been receiving intense Chinese language and martial arts training.

"Production Starts on John Woo Movie Starring Jung Woo-sung"
by HanCinema is licensed under a Creative Commons Attribution-Share Alike 3.0 Unported License.
Based on a work from this source