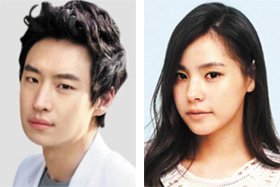 A recent poll conducted in downtown Bucheon, which hosts the annual film festival, revealed Lee Je-hoon from "Architecture 101" and Min Hyo-rin from "Sunny - 2010" as the most popular actor and actress among local residents. The pair will appear on the red carpet during the opening ceremony.

"Puchon Fantasy Film Fest Starts 10-Day Run"
by HanCinema is licensed under a Creative Commons Attribution-Share Alike 3.0 Unported License.
Based on a work from this source