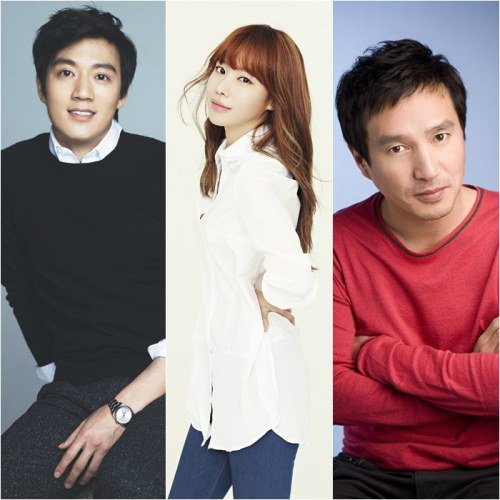 Writer Park Kyeong-soo has caught the attention of the public with an outstanding cast.

The new SBS drama "Punch - Drama" is about the last 6 months of investigator Park Jeong-hwan and is written by Park Kyeong-soo from "THE CHASER - Drama".

The cast to make up this drama is also very reliable. Kim Rae-won chose "Punch - Drama" as his comeback drama for the first time in 3 years since "A Thousand Days' Promise" in 2011. He plays Park Jeong-hwan, a corrupted investigator who is dying and fights for justice in his last few months given to live.

Kim Ah-joong plays Sin Ha-kyeong, a righteous and bold crime department investigator who's divorced from Park Jeong-hwan. Compassion for her ex-husband and pity for his short life makes her linger around him to help. This is also Kim Ah-joong's first comeback drama in 3 years.

Cho Jae-hyun plays Lee Tae-joon, the chief of police who is bound with corruption and enemies with Park Jeong-hwan who was once on the same boat as him.

"Punch - Drama" will be broadcast right after "Secret Door".