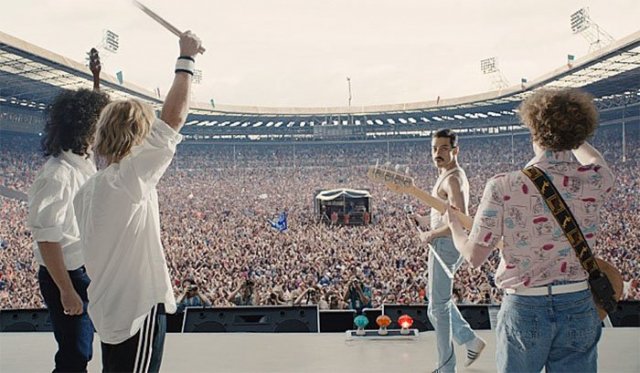 The film "Bohemian Rhapsody" about legendary British rock band Queen drew more than 7 million moviegoers in Korea as of Sunday.

People in their 40s and 50s constituted the bulk of viewers on the film's release in late October, but word then spread to moviegoers in their 20s and 30s. Movie theater chain CGV said younger moviegoers now account for 58.4 percent of total viewers.

"Bohemian Rhapsody" is the first film that opened in October and drew more than 7 million viewers, typically the slowest month of the year at the box office.

"Bohemian Rhapsody" now ranks 14th in terms of all-time box-office sales here. Only four of them were not action movies, the others being "Avatar", "Interstellar" and "Frozen".

The film has been nominated for a Golden Globe for best picture and Rami Malek, who plays singer Freddie Mercury, for best actor.