"Queen of Mystery" Choi Kang-hee with her script 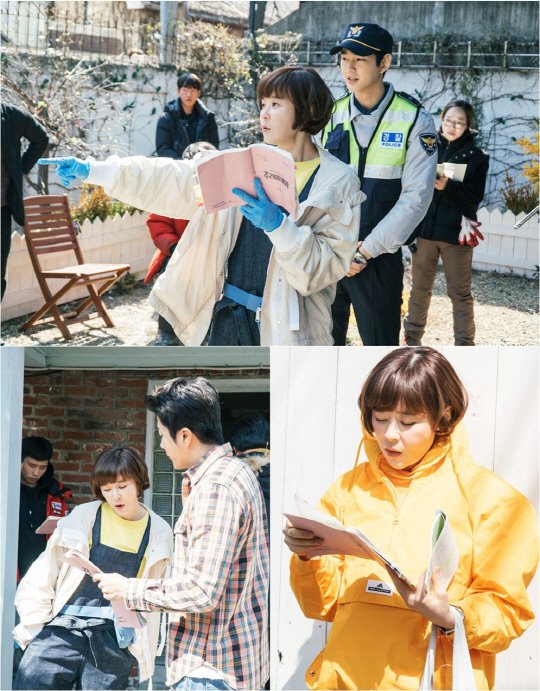 Choi Kang-hee shows so much love for her script.

The new KBS 2TV drama "Queen of Mystery" released pictures from the set. The drama is about an ordinary girl named Yoo Seol-ok who likes to play detective.

Pictures show Choi Kang-hee with her script in her hands all the time.

Choi Kang-hee is seen going over the major scenes before the camera start rolling. Even during break times, she's looking at her script with Kwon Sang-woo, making sure of her routine.

She also looks like the second director in the picture where she's point at something with blue gloves on her hands.

Yoo Seol-ok played by Choi Kang-hee is a mixture of an ordinary girl and a detective girl who has the gift of tracking down criminals. Choi Kang-hee has been working hard on analyzing her character from speech to gestures.

""Queen of Mystery" Choi Kang-hee with her script "
by HanCinema is licensed under a Creative Commons Attribution-Share Alike 3.0 Unported License.
Based on a work from this source