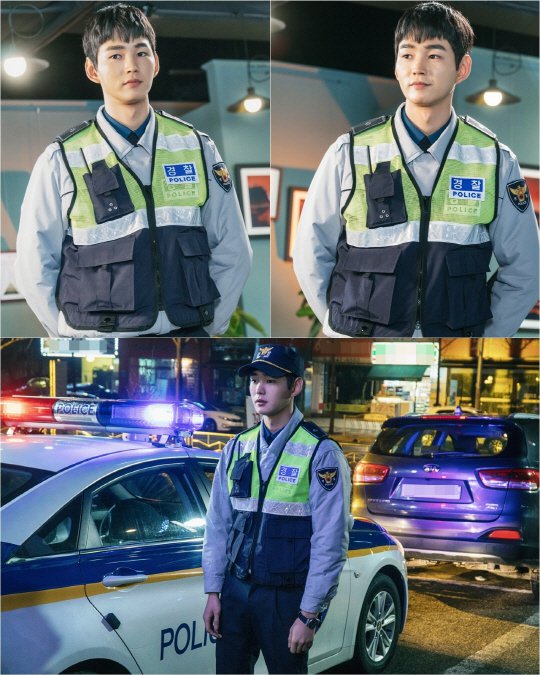 On the episode of the KBS 2TV drama "Queen of Mystery", Lee Won-geun is the head policeman who helps Choi Kang-hee (Seol-ok) with her unofficial cases.

Lee Won-geun is a fresh at his post and he's only learned about investigations through books so he's not quite sure what to do in a real case. When Seol-ok appears, he falls for the way she investigates mysteries and learns how to be a real cop.

Lee Won-geun in the picture looks handsome in his uniform. His features are big and clear while he is so tall and slim like a model.

In another picture, it looks as though something has gone wrong as Lee Won-geun's face is stiffened up.

This scene was taken on the 22nd of February. Lee Won-geun spent the little free time he had on site looking at his script or talking to the director.

Lee Won-geun's role is somewhere between Kwon Sang-woo and Choi Kang-hee. He works along with Seol-ok who gives him leads on investigations.

""Queen of Mystery" Lee Won-geun as handsome policeman "
by HanCinema is licensed under a Creative Commons Attribution-Share Alike 3.0 Unported License.
Based on a work from this source