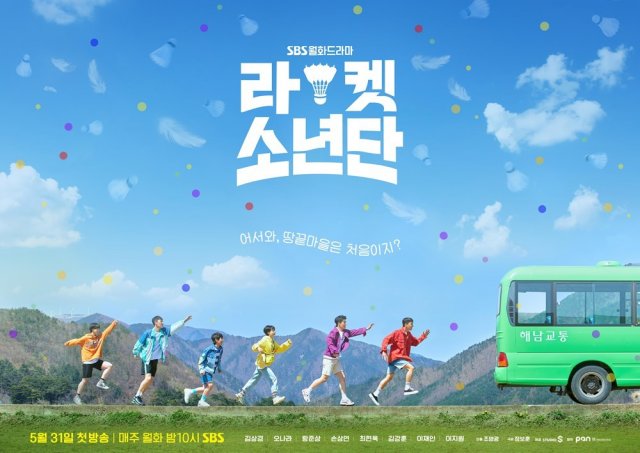 It is a work of writer Jeong Bo-hoon-I of "Prison Playbook" and director Jo Yeong-gwang of "Defendant" and "Two Lives One Heart".

The first poster of "Racket Boys" features six people, including Tang Joon-sang, Son Sang-yeon, Choi Hyun-wook, Kim Kang-hoon, Lee Jae-in and Lee Ji-won-I. They are lined up in colorful costumes and chasing after the town bus. The mountainside and blue sky of Haenam, the end of the land village, attract attention.

Here, the phrase on the poster stimulates curiosity about their background.

The production company said, "It contains the freshness of the village, which contrasts with the starkness of the city, and the unique atmosphere of the lively and clean "Racket Boys"".

The drama premieres on Monday, May 31st at 10PM.