Rain and Kim Tae-hee on their way to "baby honeymoon" 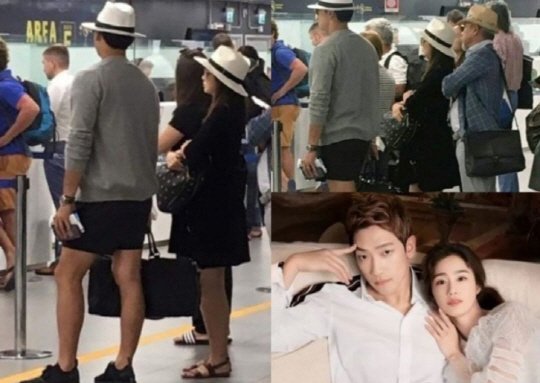 "Kim Tae-hee was fashionable and covered up her 'D' line as much as possible. She's seven months pregnant, but she's still slim-looking. Rain's father was with them". Pictures were taken at the Leonardo de Vinci Airport in Rome.

Pictures show Rain and Kim Tae-hee wearing matching white hats with a black belt around them. Kim Tae-hee is wearing a black dress and is covering her belly with her bag and arms. It's almost hard to believe that she's seven months pregnant as she is still so beautiful. She's also wearing heel-less sandals for the sake of her baby.

Rain is wearing a grey cardigan with shorts, matching his wife's black fashion. He can be seen taking care of his father who is with them.

A media reported that they are in Italy at the moment. The sole purpose of this trip is for their baby as Kim Tae-hee is seven months pregnant.

Locals have spotted Kim Tae-hee with a pretty full belly. They are headed to America next for Rain's work.

Kim Tae-hee announced that she was fifteen weeks pregnant in May. Her due date is in November. 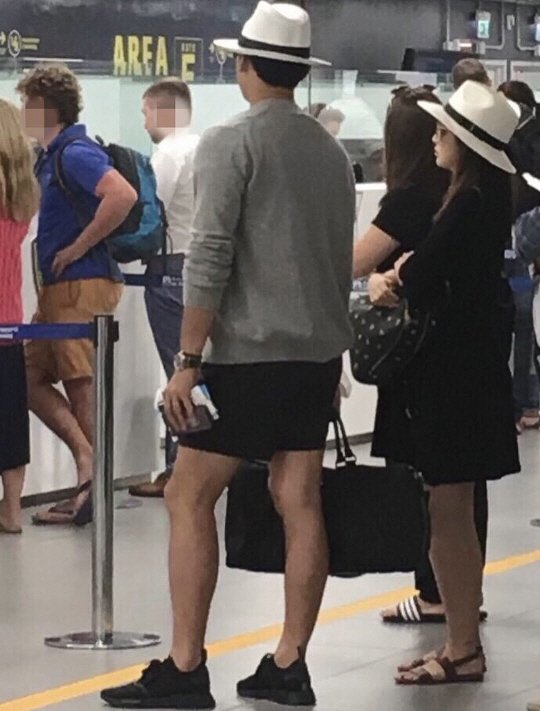 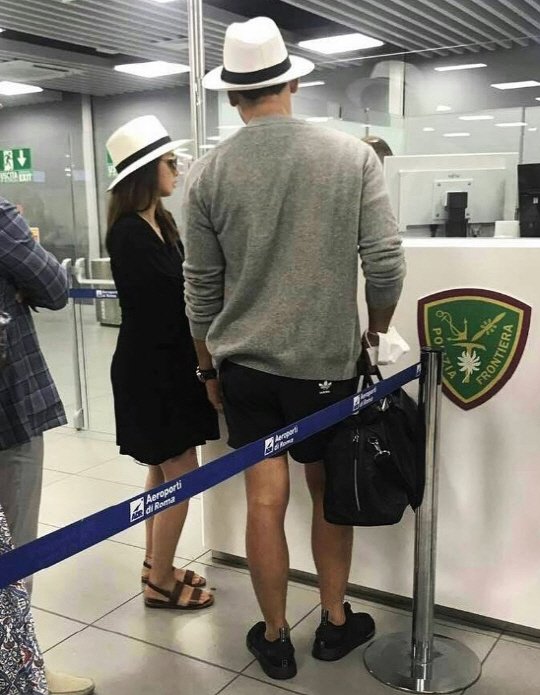 "Rain and Kim Tae-hee on their way to "baby honeymoon""
by HanCinema is licensed under a Creative Commons Attribution-Share Alike 3.0 Unported License.
Based on a work from this source