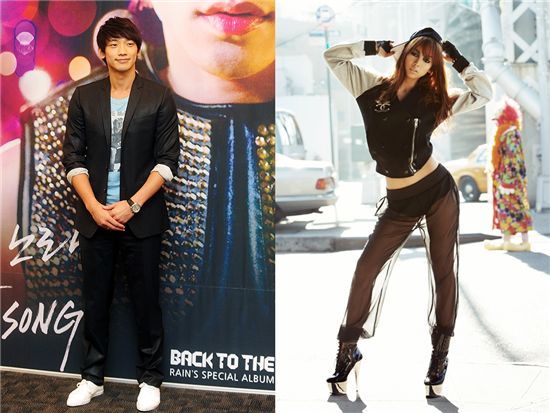 Top Korean singers Rain and Lee Hyori took over the top spot on televised music programs over the weekend.

"Music Bank" had however revealed its weekly winner on its official website during the hiatus period.

Rain has been enjoying his comeback to the local music scene with his special album "BACK TO BASIC" featuring his tracks "Love Song" and "Hip Song" which have conquered several online and offline music charts since its release in early April.

Lee made her music return in mid-April with her fourth album "H.Logic" which too has been popular on various music charts.

"Rain and Lee Hyori rock televised music shows"
by HanCinema is licensed under a Creative Commons Attribution-Share Alike 3.0 Unported License.
Based on a work from this source