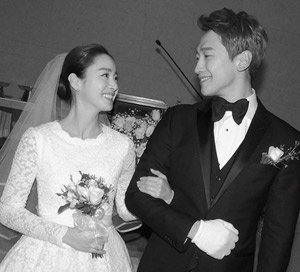 "We thought it would be better to deliver the news to the fans ourselves, rather than people finding out about it by spotting her in hospitals", it added. "Kim will focus on getting ready for motherhood and her family for now".

The pair met while shooting a same commercial in 2011 and started going out the following year.

They tied the knot in January this year in a private ceremony at a Catholic church in Seoul.