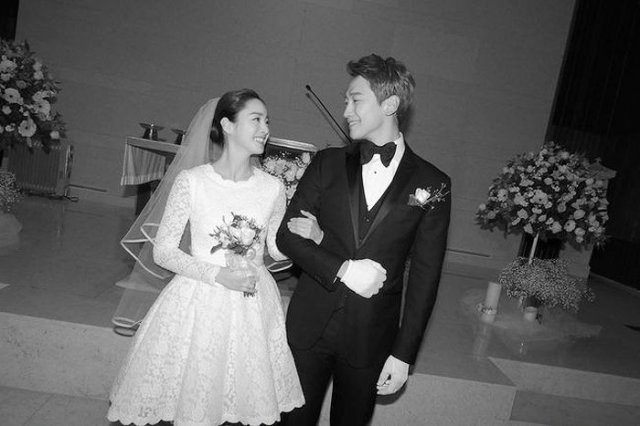 K-pop star Rain and actress Kim Tae-hee tied the knot in a private ceremony at a Catholic church in central Seoul on Thursday.

The photos include shots of the couple gazing lovingly at each other, with the bride wearing a knee-length dress with veil, and of Rain and Kim kneeling in prayer together. 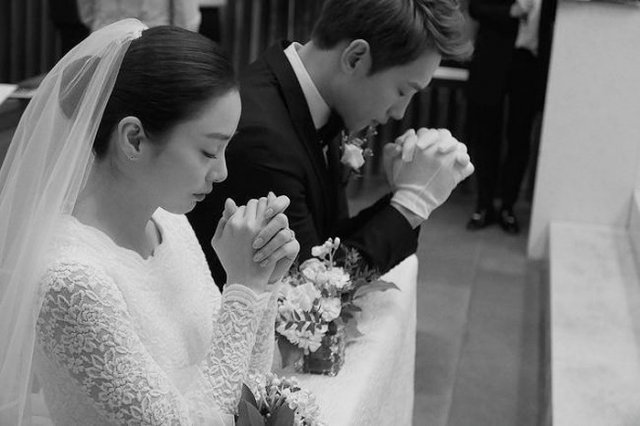 Kim later thanked her fans in a handwritten letter. "I am so grateful to the many fans who sent congratulations", she wrote. "Today is the first day of our long journey together. We are happy to take the first step with the blessings of all our loving fans".

The couple revealed their plans in a surprise announcement just two days before the wedding. They reportedly do not plan to take a honeymoon.