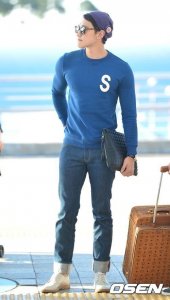 Singer Rain, currently on a global concert tour, is raising AIDS awareness among his Asian fans as a goodwill ambassador for the international relief agency World Vision.

Wearing an AIDS charity bracelet in concerts in Hong Kong, Singapore and Malaysia, the singer said that 6,000 children are losing their parents to the deadly disease every day, with a total 14 million victims a year.

A screen set up on the concert stages showed a message urging fans to remember the bereaved orphans and keep prejudice against AIDS at bay.

Rain's film "I'm a Cyborg, But That's OK" is competing in the Berlin International Film Festival.