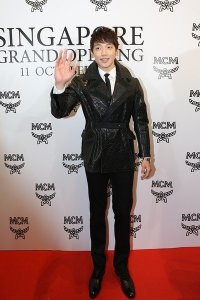 A teaser music video of the hottest K-pop star Rain's fifth album will be released on Thursday, October 2nd. Rain's agent said that the teaser video of "Love Story" will be first posted on online music sites like MNet and major portal sites. Now Rain's fans will be able to get a taste of his new music video shot in some of the trendiest places in southern Seoul.

Actress Ha Ji-won has co-starred in the music video opposite Rain, who will show the sexy, yet dangerous aspect of himself. Rain himself has planned and starred in the video, which is about the dark and sizzling love story between a bad boy and a femme fatale.

The teaser video will be released on Naver, Daum, Cyworld, and MNet.com on October 1st, which will be followed by the second round of teaser release as well as the disclosure of music source and the full version of the music video.