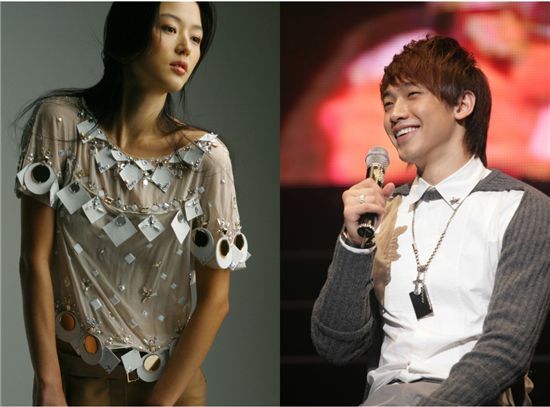 J. Tune announced in a press release Thursday afternoon -- several hours after local media Sportsseoul.com reported that the two have been romantically involved since last October -- that details of their alleged courtship, such as how and where they met, are "not true".

"It is true that Rain is friends with Jeon", an official at J. Tune was quoted as saying, confirming numerous reports that the actors have discussed appearing in a television drama together.

However, the official denied Sportsseoul.com's story about Rain and Jeon meeting through a mutual acquaintance, a prominent figure in the Korean conglomerate family who played matchmaker for the stars.

In response to paparazzi photos and an eye witness' account of Rain's frequent visits to Jeon's apartment in Seoul's tony Samsung-dong neighborhood, he said the actor was actually visiting "a friend" who lived in the same building.

And photos of their cars entering the apartment complex were "taken on separates dates", as opposed to traveling separately in order to keep their romantic meetings secret from the public, the official added.

Sportsseoul.com had also presented several photos of Rain and Jeon wearing accessories from Cartier, a high-end jewelry maker, as evidence that they were a couple. In the pictures, Rain was seen wearing a platinum ring on his ring finger while Jeon had a leather bracelet from the same brand.

J. Tune explained that the ring is "a family ring", not a couple ring representing the actor's romantic commitment to the actress.

The agency ended the statement by saying they are "saddened" that Rain's privacy has been invaded and that they are considering "taking legal actions" against the false media report.

"Rain's agency offically denies datings rumors "
by HanCinema is licensed under a Creative Commons Attribution-Share Alike 3.0 Unported License.
Based on a work from this source