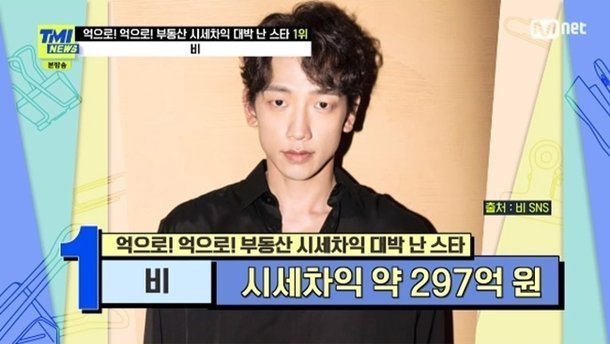 Rain's financial skills have been revealed.

The top spot on the day was singer Rain, who is known to have enormous financial resources. Earlier, Rain and his wife Kim Tae-hee's estimated assets were 42 billion won, drawing much attention.

Rain purchased an old building in the middle of a luxury street in Chungdam-dong in 2008 and rebuilt it in 2017. The building, which has been introduced as Rain's agency in the broadcast, houses a number of convenience facilities, including cafes, restaurants and beauty salons. The monthly rental income alone is 100 million won.