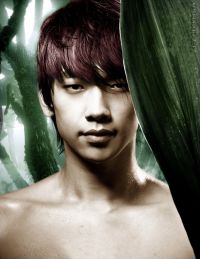 The documentary focused on the past and present accomplishments of the Korean superstar, from his difficult childhood to the hardship leading to the meteoric rise in the entertainment industry. It was produced by the same production company that made "Crossings: Jackie Chan".

The Asia Television Awards is applauded as the Asian version of the Emmys. The awards honor the best TV programs that aired in the region. The ceremony will be held at the ATA 2009 Gala Dinner in Singapore on December 3.