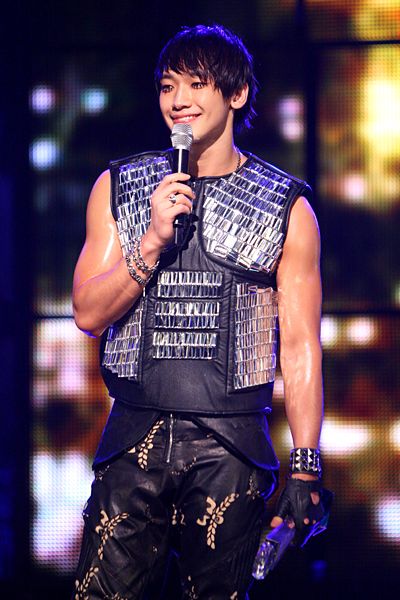 K-pop sensation Rain said he was once "swamped" with date requests by female celebrities.

The 27-year-old singer made the remark on KBS talk show "Win Win" aired on Monday, responding to whether he had been asked out on a date by female celebrities before.

"It was after I finished promoting my second album containing song 'How to Avoid the Sun'.... I was completely swamped with them", Rain explained, recollecting on his experience from early 2004.

He added, however, that he was not aware they were date requests at the time. "They would ask if I would have dinner with them, I would just think 'Why with me?' so that's really all we would do".

Rain, whose real name is Jung Ji-hoon, is considered one of the most successful Korean stars in the entertainment business, leading a popular singing career throughout Asia and expanding his acting career into Hollywood.

Since early last week, he has been promoting his latest special album "BACK TO THE BASIC", which has been topping various local singles and album charts.

"Rain says was "swamped" with female celeb date requests"
by HanCinema is licensed under a Creative Commons Attribution-Share Alike 3.0 Unported License.
Based on a work from this source