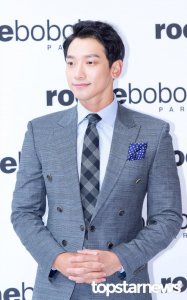 South Korean pop singer Rain faces another multi-billion dollar lawsuit for the abrupt cancellation of his world tour concerts between 2006 and 2007.

The 26-year-old singer and actor, whose real name is Jung Ji-hoo, has already been ordered by a U.S. federal court to pay about $8 million to Hawaii promoters for canceling a 2007 concert in Honolulu, one of the artist's 35 worldwide concert destinations.

This new lawsuit against Rain and his then-agency, JYP, was filed by Star M, a domestic concert promotion company. It seeks 4.57 billion won ($3.34 million) in compensation from the entertainer and JYP to pay.

The agency, which filed the suit with the Seoul Central District Court on Monday, said, "We paid 10 billion won ($7.32 million) to the singer and agency to obtain exclusive rights to host Rain's world tour concerts. But of scheduled 35 events, 16 were abruptly cancelled for a copyright problem over the singer's stage name".

The Korean singer has been unable to perform any profitable activity in America because of a copyright challenge from a Beatles tribute band named Rain. The petitioner added, "The copyright problem emerged soon after we signed the exclusive contract with JYP. But the agency did not immediately notify us and even lied that the problem would not affect the concerts".

The local agency claimed the cancellation had caused significant financial damage and undermined its business reputation. JYP and Rain have not responded to the suit.

Meanwhile, Rain's current agency, JTune Entertainment, said Jung is considering appealing the ruling made in Hawaii last month. Following the decision, a Honolulu-based agency has taken legal steps to provisionally seize Rain's and JYP's property, including the singer's building in Cheongdam-dong, estimated at over 15 billion won in value.

The Hawaii concert was canceled just days before the scheduled June 15, 2007 performance at Aloha Stadium, disappointing many fans who paid as much as $300 per ticket and flew to Honolulu from as far as away as Japan and South Korea. It was the first stop on the "Rain's Coming" U.S. tour.

"Rain Sued Again for Concert Cancellation"
by HanCinema is licensed under a Creative Commons Attribution-Share Alike 3.0 Unported License.
Based on a work from this source