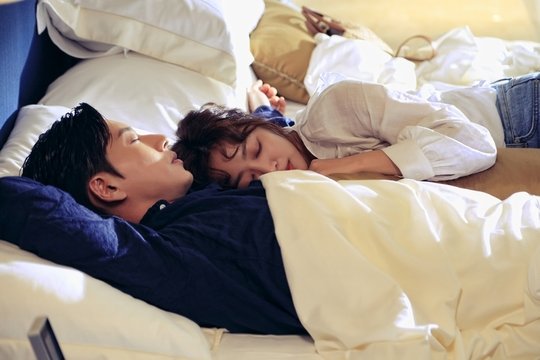 "Forest" ranked No.1 among Wednesday - Thursday dramas, with a rating of about 5%.

According to Nielsen Korea, episodes 17 and 18 of the KBS 2TV drama "Forest" recorded nationwide ratings of 5.2% and 5.8% respectively.

The figure is up from the previously recorder 4.1% measured on the 20th, which is influenced by the TV Chosun entertainment show "Mr. Trot". With the ratings in the 5% range, it's clear that the Wednesday - Thursday drama market is currently in a slump.

"[Ratings] "Forest" Ranks 1st Among Wednesday - Thursday Dramas With a 5% Range"
by HanCinema is licensed under a Creative Commons Attribution-Share Alike 3.0 Unported License.
Based on a work from this source