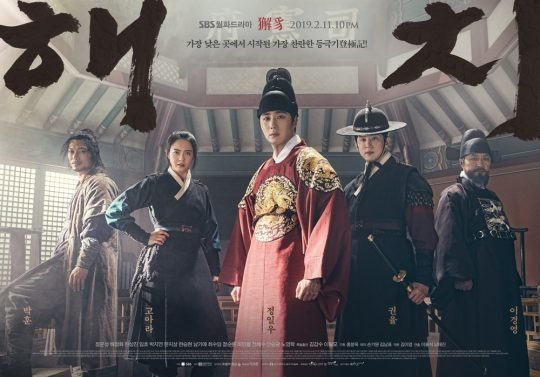 According to Nielsen Korea nationwide, the SBS drama "Haechi" rated 5.1% and 5.9% on the 19th. Audience ratings decreased by 0.4%, but it's still in the lead.

The drama "Haechi" is an adventure following three rising stars of their age as they join forces to fight for justice and for the reform of the Saheonbu.

"[Ratings] "Haechi" Tops the Ranks"
by HanCinema is licensed under a Creative Commons Attribution-Share Alike 3.0 Unported License.
Based on a work from this source