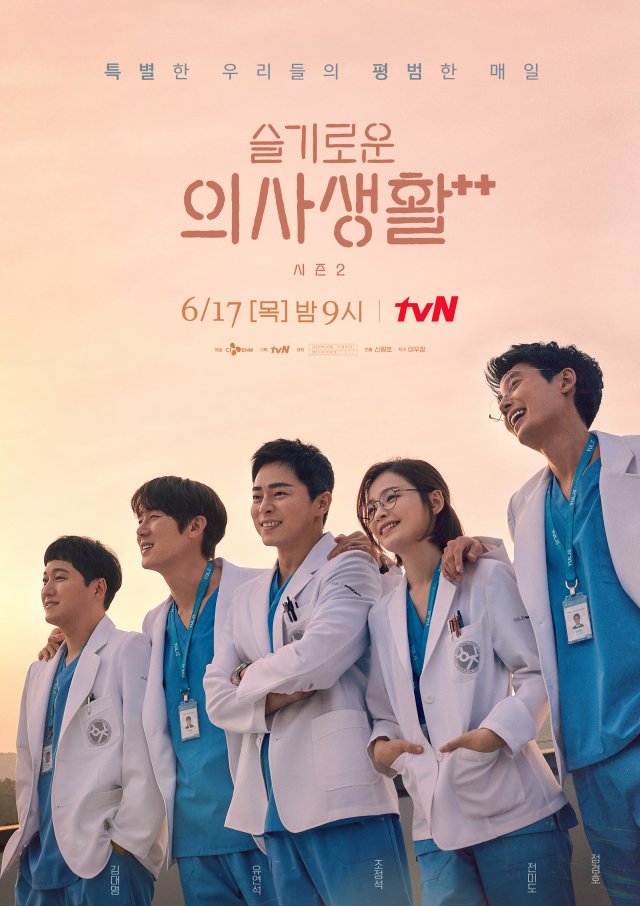 According to Nielsen Korea, tvN's Thursday drama "Hospital Playlist Season 2" which aired on the 22nd, recorded a 13.151% (Ep.6) viewer rating based on households subscribing to paid platforms nationwide.

This is a record that surpassed the previous highest rating of 12.399% (Ep.5) recorded in the previous episode.

"Hospital Playlist Season 2" has been enjoying a box office hit with its own highest ratings every episode without falling ratings ever since it started with 10.007% (Ep.1).

MBC's "On the Verge of Insanity" maintained its rating of 3.3% (Ep.10) same as the rating from the previous episode.

Meanwhile, "Hospital Playlist Season 2" will be canceled on the 29th. Special broadcasts will be organized, including commentary videos and NG collection videos involving actors.