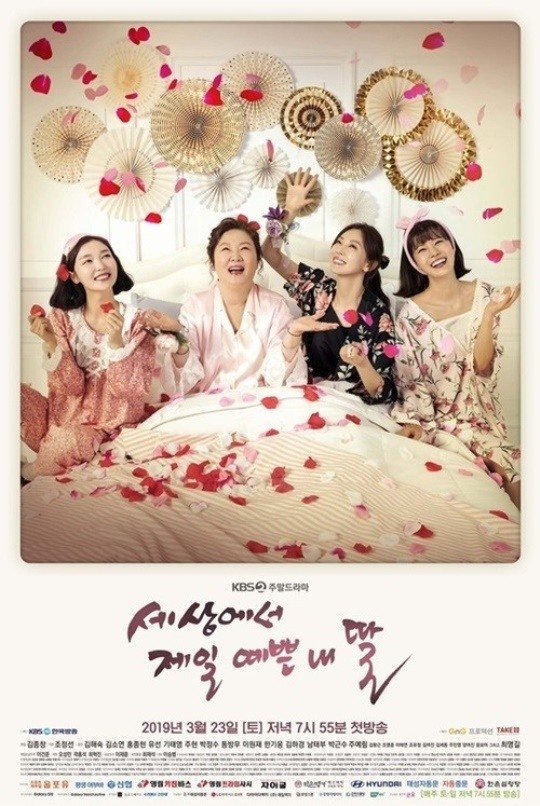 KBS 2TV weekend drama "Mother of Mine" is well beyond the record of "My Only One" and it has only been three weeks.

It's been 3 weeks since "Mother of Mine" started airing and is now on its twelfth episode. "My Only One" which neared 50% during its broadcast, only reached 30% in twenty episodes.

"Mother of Mine" is the story of a mother and her three daughters struggling to survive this generation.

Meanwhile, OCN's "Kill It" rated 1.7% and 2.1% on the Nielsen Korea nationwide standard.

"[Ratings] "Mother of Mine" Hits 30% in 3 Weeks"
by HanCinema is licensed under a Creative Commons Attribution-Share Alike 3.0 Unported License.
Based on a work from this source