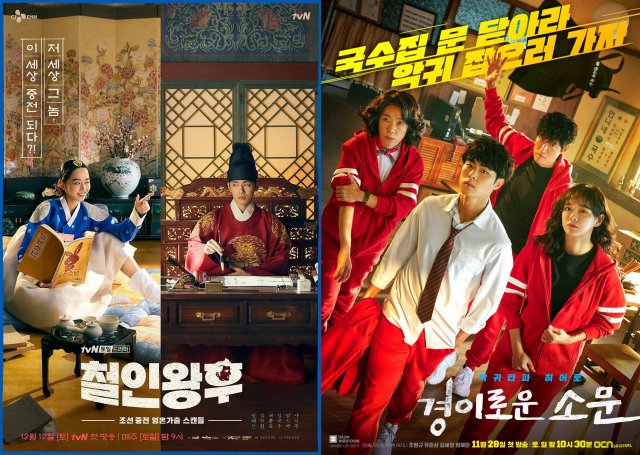 This is an increase from 9.022% (Ep.3) recorded by the last episode and is currently its highest ratings.

"Mr. Queen" has been at the center of controversy every day due to negative issues however, ratings continue to increase.

OCN's "The Uncanny Counter" also broke its own record. The episode which aired on 20th, recorded 9.302% (Ep.8) of viewership.

The figure is a slight increase from 7.721% (Ep.7) recorded by the last episode.

Meanwhile, TV CHOSUN's "The Goddess of Revenge" recorded 2.789% (Ep.9) for the episode broadcasted on the 19th. The tenth episode will premiere on the 26th.