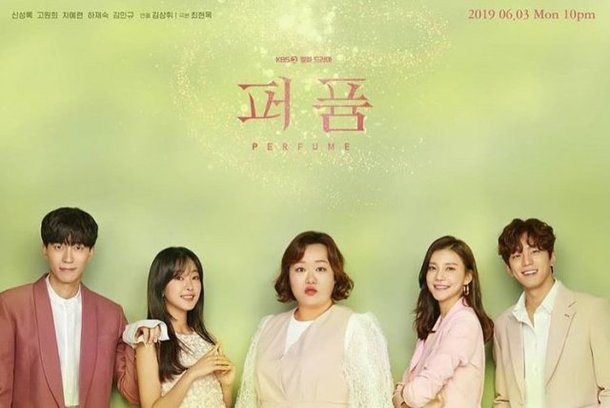 "Perfume" is a romantic comedy drama about a middle-aged woman who falls into despair after the destruction of the family she devoted her whole life to, and a man who messes things up because he lacks the courage to tackle love.

"[Ratings] "Perfume" Rates 6.6%, Shows Slight Decrease"
by HanCinema is licensed under a Creative Commons Attribution-Share Alike 3.0 Unported License.
Based on a work from this source