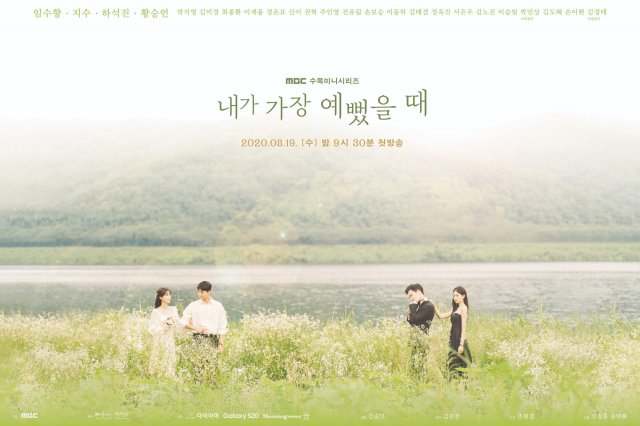 The ratings for "When I Was the Most Beautiful" went up.

According to Nielsen Korea, MBC's Wednesday-Thursday drama "When I Was the Most Beautiful" which aired on the 14th, recorded 3.1% and 4.1% (Ep.15) ratings in terms of households nationwide.

This is a 0.5% point increase from the 3.6% (Ep.14) recorded by the last episode and the highest ratings for terrestrial TV series.

Meanwhile, tvN's "Tale of the Nine Tailed" maintained its No. 1 spot in Wednesday-Thursday dramas. It recorded 5.588% (Ep.3) of viewer ratings based on paid platforms nationwide.

"[Ratings] "When I Was the Most Beautiful" Re-enters the 4% Range as It Approaches Its End"
by HanCinema is licensed under a Creative Commons Attribution-Share Alike 3.0 Unported License.
Based on a work from this source