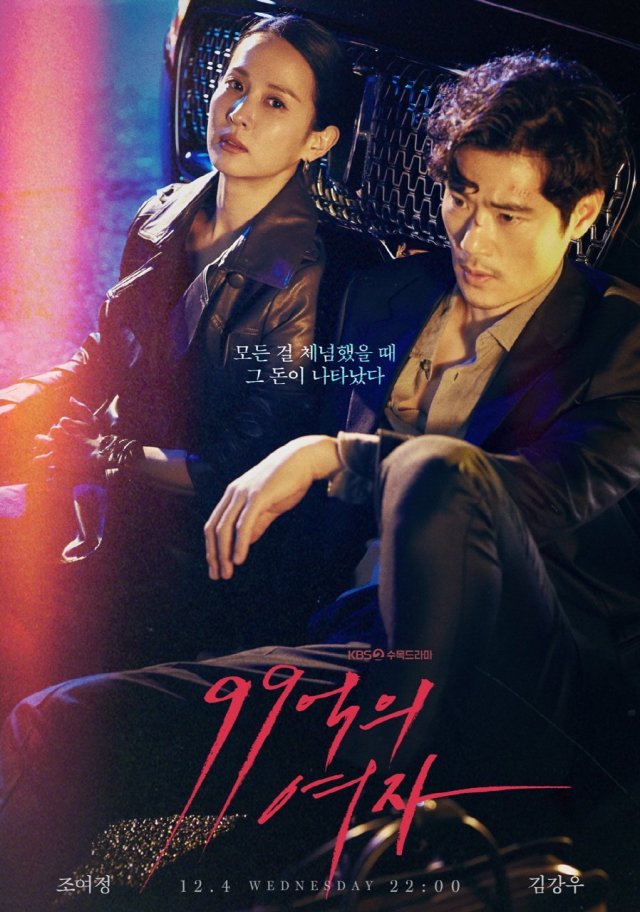 The viewership went down 1.8% and 0.7% compared to the previous episodes, but it was the highest ranking drama of the time slot.

"Woman of 9.9 Billion" ended on this day. It inherited the success of the previous drama, "When the Camellia Blooms", but the viewership didn't go far from there. The highest recorded viewing percentage is 11.6% on the 1st.

"Woman of 9.9 Billion" is centered around Jeong Seo-yeon (Cho Yeo-jeong), who discovers a very large amount of money, and Kang Tae-woo (Kim Kang-woo), who finds out about Jeong Seo-yeon while digging for the truth of his sibling's death. It stars Cho Yeo-jeong, Kim Kang-woo, Jung Woong-in, Oh Na-ra, Lee Ji-hoon-I, Im Tae-kyung and Shin Soo-hyun.

"[Ratings] "Woman of 9.9 Billion" Ends in Success"
by HanCinema is licensed under a Creative Commons Attribution-Share Alike 3.0 Unported License.
Based on a work from this source