Reasons for Suicide of Actress Remain a Mystery 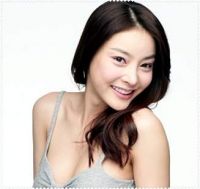 Suspicions and questions are growing over the suicide of actress Jang Ja-yeon, who was starring in the hit drama "Boys over Flowers", as some letters to friends showed that she had suffered from unknown troubles.

Jang, was found dead in an apparent suicide at her home in Bundang, Gyeonggi Province, Saturday. Although her family said that Jang had suffered from depression and had undergone medical treatment, it is also said that she had trouble with her management agency renewing her contract.

The letters also showed there may have been another reasons for the suicide related to the entertainment business.

A friend who did not disclose the entire contents said that Jang described the problems she had had with people in the entertainment industry but that disclosing it all could result in more victims.

At the end of them, Jang said, "I'm a new actress, weak and powerless. I want to escape from this anguish". But the disclosed parts did not show what the anguish was about.

She also wrote the date, her resident registration number and signature, and sealed every page with a thumbprint.

Jang's former manager Yoo Jang-ho, head of a management agency Hoyaspotainment, said on his blog that she'd visited him several times over the last two weeks and talked about her stress. He said she also gave him a six-page handwritten letter. It's unknown whether the letter was the same one handed over to the friends.

"I didn't know what to do about the problem she asked me to solve. I don't know whether to follow her wishes or to cover it up according to the bereaved family's wishes", Yoo said on the blog. "It reminds me of the movie `Public Enemy'. Those involved in the entertainment business would know why she killed herself. She picked me as the one who should fight against the public enemy", he said.

As for the rumors, Jang's agency, The Contents Entertainment, dismissed them. "The rumor that Jang had conflicts with us is not true. We proposed she move to another agency because we had financial problems, but she rather insisted that she remain with us", an official of the company said.

Police plan to examine the letters and say they may reinvestigate the case if they show Jang was threatened or blackmailed.

"Reasons for Suicide of Actress Remain a Mystery"
by HanCinema is licensed under a Creative Commons Attribution-Share Alike 3.0 Unported License.
Based on a work from this source