Reasons to Anticipate the Womance That Blossomed With "Search: WWW" 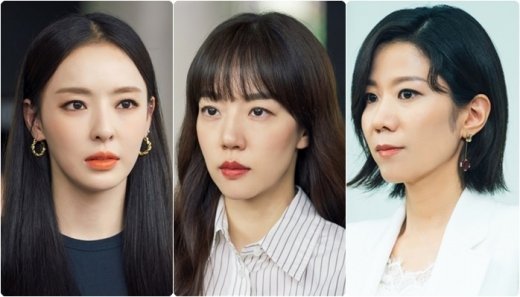 Woman + Romance, hence 'womance' is better than romance. The tvN drama "Search: WWW", which ended on the 25th last month, was a thrilling yet intense drama about womance. This drama, which is about real romance between women who work at a trendy portal site and men who steal their hearts, perfectly portrayed the bold and amazing career life of working women.

The three leading ladies of the portal industry are Lim Soo-jung in the role of Bae Ta-mi, Lee Da-hee as Cha Hyeon and Jeon Hye-jin-II as Song Ga-kyeong. They bound together in womance and left a deep impression through the small screen.

Despite the quality of the drama, "Search: WWW" didn't do so well in viewing percentage. It started with 2.431% and ended with 3~4%. However, it was a valuable drama. 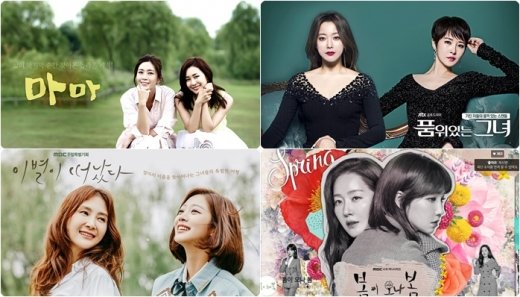 Before "Search: WWW", MBC drama "Mama - Nothing to Fear" was the starter of womance. An ill single mother and artist named Han Seung-hee (Song Yoon-ah), who doesn't have much time left in her life, bonds with her ex-husband's wife, Seo Ji-eun (Moon Jung-hee), so that she can create a new family for her son who will be left all alone once she's gone. The friendship between the two women who were never meant to be friends was more delicate and affectionate than a romantic drama.

Next came jTBC's "Woman of Dignity" starring Kim Hee-sun and Kim Sun-ah, which sparked the beginning of the womance craze. JTBC's leading drama "Woman of Dignity" is about a woman who used to enjoy the high-end life crashing to the ground when her family crumbles. It is based on high society and it tells the story of struggling to enter the upper classes of that society. Despite their conflicts and tension, womance between the two actresses stood out and made the drama more impressive.

MBC drama "The Goodbye Has Left" was noted for its womance between mother and daughter-in-law. Unlike popular dramas, which portray the relationship between a mother and daughter-in-law with hostility, "The Goodbye Has Left" is a healing drama about a woman (Jo Bo-ah) whose boyfriend wants her to get rid of the baby growing inside her, but she stays at his mother's (Chae Shi-ra) house until she's due. This relationship was portrayed with realistic details and situations while the two women lived together.

"Spring Turns to Spring", which was broadcast in January this year, drew attention with a different kind of womance. Former actress and current wife to a congressman (Uhm Ji-won) and a self-absorbed anchor (Lee Yu-ri) switch bodies and uncover their real selves through each other. Two women who thought they were living the peak of their lives fall into a curse and look back on those lives, realizing true happiness. The two leading actresses played the ill-fated women who changed bodies several times. 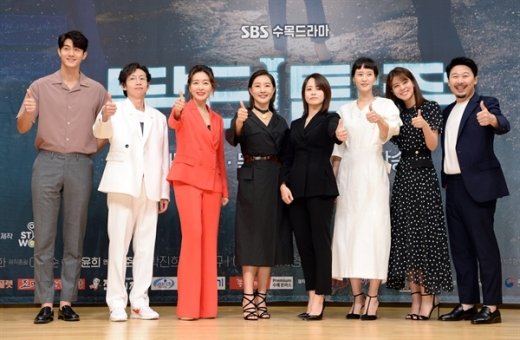 - Will womance be around later this year?

SBS drama "Doctor Detective" also has womance. This medical investigative drama, which conquers the injustice of this society independently, shows the working environment of Do Joong-eun (Park Jin-hee), Gong Il-soon (Park Ji-young), Byeon Jeong-ho (Rie Young-zin) and Seok Jin-i (Mina Fujii). Amidst the sharing of emotions between working women, the womance between Do Joong-eun and Gong Il-soon is something to watch out for.

Womance will continue later this year. SBS drama "Secret Boutique" is a story of a women's power, and the games they play to achieve said power, money, and survival in society's corrupt upper echelons. It is an infatuating womance starring Kim Sun-ah, Kim Jae-young, Park Hee-von, Go Min-si, Ryu Won and others. Kim Sun-ah goes from a scrubber at a public bath in Gangnam to a servant at a chaebol household to an influential character in this life-turning drama.

Womance is targeting the small screens with different ways of stimulating viewers' senses. It is more interesting than a love line, and the synergy between popular actresses will soon overcome bromance and become the trend leader.

"Reasons to Anticipate the Womance That Blossomed With "Search: WWW""
by HanCinema is licensed under a Creative Commons Attribution-Share Alike 3.0 Unported License.
Based on a work from this source