Release dates being pulled forward or pushed back 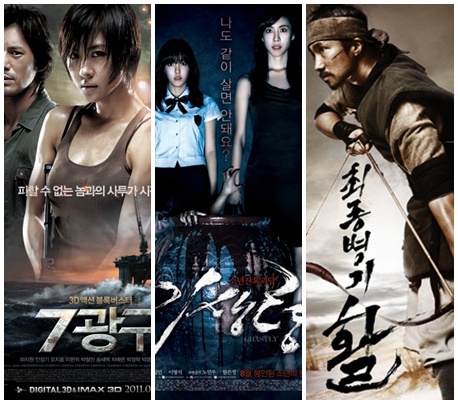 "Sector 7" cancelled its plan to release on the morning of the 4th due to technical problems and postponed to the evening time.

"Ghastly" postponed its release date from the 4th to 48 hours later as they heard strange noises in the process of changing the data into film.

On the other hand, "Arrow, The Ultimate Weapon" was pulled forward a day from its actual release date. The movie company revealed the demand from fans caused it early show.

As 10 billion won major projects "The Front Line" and "Quick" released earlier than planned for preoccupancy of the audience, the different date changes in the movies that were highly expected in August look like they will confuse viewers.

"Release dates being pulled forward or pushed back"
by HanCinema is licensed under a Creative Commons Attribution-Share Alike 3.0 Unported License.
Based on a work from this source