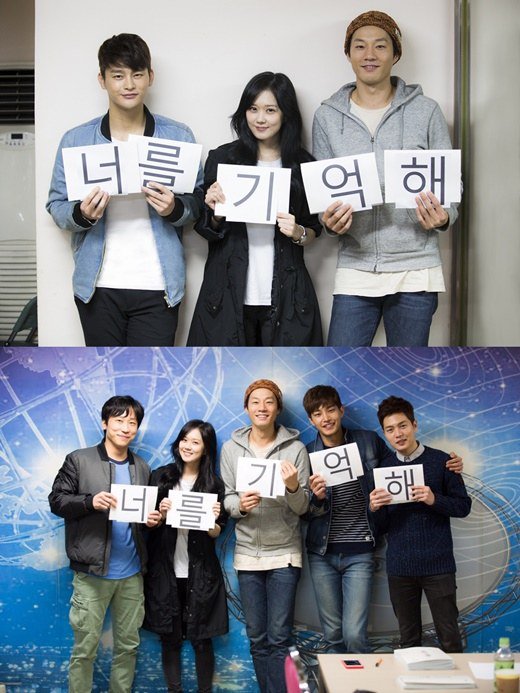 The script reading for "Remember You" took place on the 4th at the KBS Hall in Seoul.

No Sang-hoon started off with the words, "I am going to make it so that everyone would want to work up to 30 episodes". The actors and actresses started reading their scripts and they were all immersed in their characters.

Seo In-guk played Lee Hyeon, a genius profiler who is also sexy and Jang Nara was the perfect Cha Ji-an, an elite investigator who puts her all into a case. She understood her character perfectly.

Throughout the reading there was nothing but laughter and joy. The air conditioning had to be turned on due to the heat coming from the passion of everyone. Everyone seemed prepared to start filming the drama a few weeks later.

Meanwhile "Remember You" is a romance drama between Lee Hyeon, a genius profiler and elite investigator Cha Ji-an. The first episode can be seen on the 22nd of June.

""Remember You" Seo In-guk, Jang Nara's first script reading"
by HanCinema is licensed under a Creative Commons Attribution-Share Alike 3.0 Unported License.
Based on a work from this source