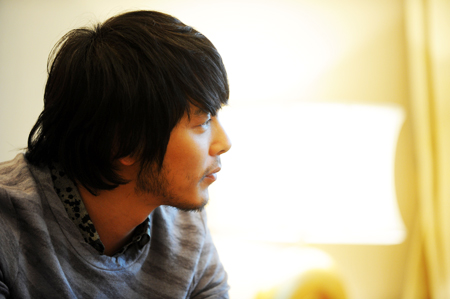 To commemorate the first anniversary of the late actor Park Yong-ha's death, various memorial events are being held in Japan. / Korea Times file

Although the late hallyu star Park Yong-ha died a year ago, his popularity is not waning in Japan.

Some 1,500 Japanese fans will attend his first memorial ceremony in Korea on June 30, according to Park's former agency Yona Entertainment.

"We originally planned to hold the memorial service only with his bereaved family members and closest friends but we've decided to invite his fan club (Summer Face Japan) members as they wanted to attend the ceremony", his agency said. 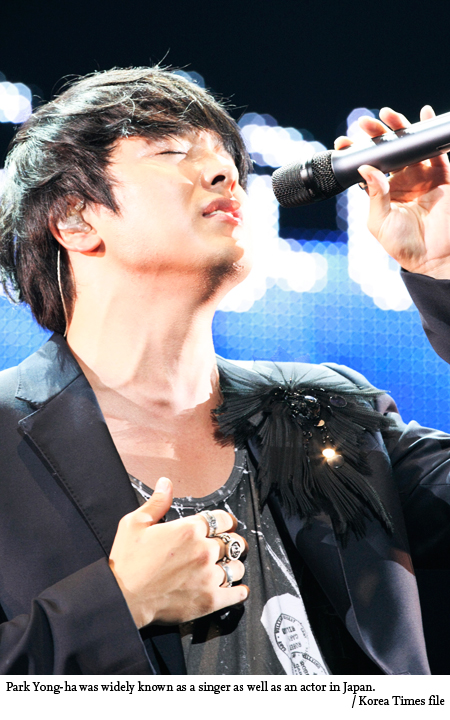 In Japan, a film concert titled "Park Yong-ha Films 2004-2010: We Love Yong-ha" which portrays his performances throughout his lifetime is now being screened. The concert will tour nine more cities through July 7 in Japan and is expected to draw some 25,000 fans. Part of the concert's proceeds will be donated to Japan's Red Cross to help tsunami victims.

Also, a special exhibition in September, "Park Yong-ha Forever", will pay tribute to his acting and singing career.

Park made his debut in 1994 on MBC's "Theme Theater". He co-starred with Bae Yong-joon and Choi Ji-woo in "Winter Sonata" which lifted him to stardom in Korea and Japan in 2002.

He then appeared in several dramas and movies such as the television hit soap opera series "On Air" in 2008, as well as the movies "The Scam" and "The Slingshot" both in 2009.

Widely known as a singer in Japan, one of his popular songs was "Just For Yesterday", the hit theme song of SBS hit drama "All In", starring Lee Byung-hun and Song Hye-kyo. He also released several albums both in Korea and Japan including his 6th "Behind Love" which ranked third on the Oricon chart in 2008. His other albums "Say Goodbye" and " Love " came out in 2008 and both made the top 10 on the Oricon chart. Park sang the theme songs to SBS drama "On Air" in 2008 and was named Best Asian Artist at the Japan Gold Disc Awards in 2007 and 2008.

In 2008 Park established his own agency titled Yona Entertainment.

"Remembering Park Yong-ha"
by HanCinema is licensed under a Creative Commons Attribution-Share Alike 3.0 Unported License.
Based on a work from this source