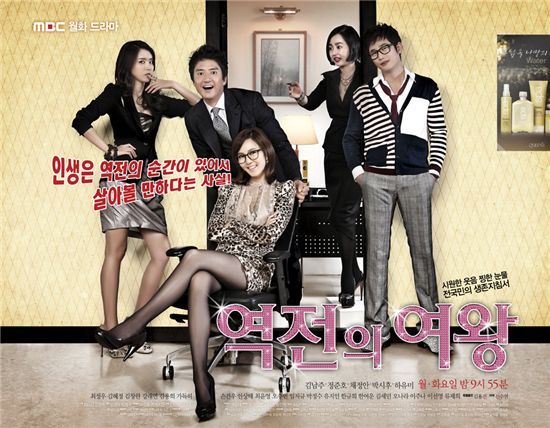 The first episode of every TV series is supposed to give a recap of its characters' past and their view on the world while also providing a heads-up to the actual incident that will occur in the drama. But this may be too grand of a mission for the first episode of "Queen of Reversals" to accomplish. The characters in the planning and development team of Queens Group, executive director Han Song-i (played by Ha Yoo-mi) who has never been in a relationship, and the elements of comedy which should push forth the overall story, failed to find any sincerity and hung in the air. On the other hand, the romance surrounding Hwang Tae-hee (Kim Nam-joo) and Bong Junsu (Jung Joon-ho) seemed to be out of place, failing to blend in with the drama's overall tone from background music that was quite overused and editing which made the drama seem to drag on. If you take into consideration the expectation that its former show "Queen of Housewives" instilled in viewers, it could be said that the actors were wasted and direction was mediocre.

But the reason it is difficult to be too harsh about the first episode is because the script is written by Park Ji-eun. Her lines are constructed in a way that they interlock into each other so well that there is no room to give way. The few words that Tae-hee and her mother (Park Jung-soo) exchanged over dinner in economical terms explained what their household was currently like and what they had been through, giving a boost to the drama which had started to drag on. Should "Queen of Reversals" let go of its obsession to make a vibrant comedy and focus more on controlling its overall tone, it contains plenty of material that will help it relive the glory of its original work. That is why the next episode is worth looking forward to despite the slightly disappointing first episode.