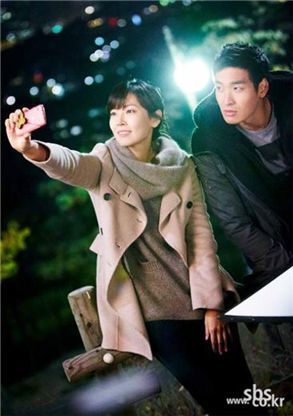 Just like its beginning, the ending to SBS TV series "Doctor Champ" was not fancy. Ji-heon (Jung Gyu-woon) won a silver medal at the Asian Games and his team broke up. And Yeon-woo's (Kim So-yeon) mother loathes the fact that the daughter she did everything for to make a doctor, ends up dating an athlete who has nothing to offer. Dreams are beautiful and love is sweet. But reality is reality. Becoming a doctor and winning a gold medal does not guarantee you happiness for the rest of your life. Anyone could unexpectedly find themselves laid in a misfortunate situation one day and suffer from pain that nobody can understand.

But like Do-wook returned to the ice rink for the first time in 14 years with the determination that he would not let any athlete end up like him, the characters in "Doctor Champ" owned up to the path they were set to take rather than run away from it. Sang-bong (Jung Suk-won), who becomes paralyzed from the waist down due to an accident during a match, resets his dream as being able to walk out of the hospital than winning a gold medal, Dae-sup (Jung Eui-kap) paves his way for a new life in his thirties after retirement by opening a skewered food restaurant, and Ji-heon decides to enter Taerung Training Center with the goal of taking part in the London Olympics. Do-wook (Uhm Tae-woong) who returns from the United States and becomes the chief of the sports medical center in the training center, reunites with Hee-young (Cha Ye-ryun).

The main characters in "Doctor Champ" were pained by and tired of reality because they once thought they could achieve everything that they ever wanted in life. But by showing how they overcome everything in life 'that will go on ', "Doctor Champ" ended up being a real drama about adults and proved that a drama can be a drama by showing how its characters mature rather than by being trashy. When Yeon-woo asked Ji-heon she he likes her, he responded. "You were there for me whenever I was having a hard time. But that is why I've been able to make it this far. Because you were there, at those moments". And the drama was there for the hard times that some of its viewers were going through this autumn.

"[REVIEW] SBS TV series "Doctor Champ" - Finale Episode"
by HanCinema is licensed under a Creative Commons Attribution-Share Alike 3.0 Unported License.
Based on a work from this source