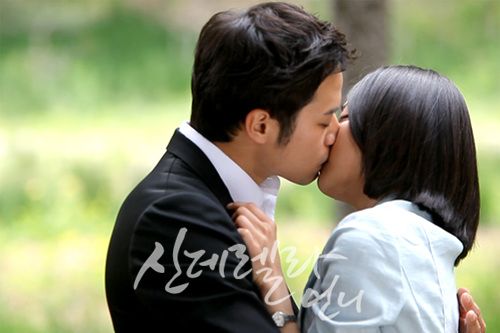 The twentieth episode felt a bit long and so did its its running time of one hour. TV series "Cinderella's Sister" had, in the beginning, absorbed its viewers by depicting on the intense emotions and relationships amongst its characters. But halfway into the show's run, the drama got lost and later tried to spark it up again with the melodrama between Eun-jo (played by Moon Geun-young) and Ki-hoon (played by Chun Jung-myung). But the show, which had a strong start, ended on a weak note.

After Ki-hoon and Eun-jo confirm their love for each other, they are about to reveal everything to Hyo-seon (played by Seo Woo). But as Ki-hoon ends up getting questioned by authorities, Hyo-seon hears about Ki-hoon's past mistake from Eun-jo and ends up misunderstanding and criticizing Eun-jo. The situation was a replay of the numerous conflicts that the two sisters had gone through over the years. When Hyo-seon resents her sister for making her lose everything in life, Eun-jo runs after her and tries to reconcile. But she ends up blaming herself, wondering if "fairy tale endings do not suit her after all". When Ki-hoon tells her that he will be returning, Eun-jo follows Jung-woo (played by Ok Ok Taecyeon) and leaves her home. But her leaving home is probably just a set-up in the story to make the two characters meet again, not the escape from this world that Eun-jo had long been hoping for.

It was rather tiring than heartbreaking to watch Eun-jo play hide-and-seek with Ki-hoon, whom she loves so passionately. She leaves him with a little note that said in Spanish, "Please take care of Hyo-seon", and then runs away to a place that is not so hard to find. And watching Hyo-seon easily let go of her lifelong love and hatred for her sister, giving up Ki-hoon when Eun-jo leaves, makes Hyo-seon's emotions feel almost futile. Even so, one could not turn the channel till witnessing the final moment that Ki-hoon, just as we had predicted, finds Eun-jo and utters, "I love you, you bad girl". That was the undeniable charm of watching "Cinderella's Sister".