Ribbon-Shaped Cloud Appears in Sky as Sewol Is Raised 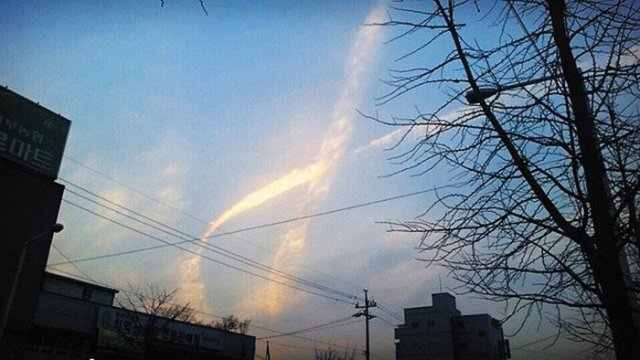 A picture of a contrail that appeared over Wonju in Ganwon Province on Thursday evening went viral online within hours.

The contrail was reminiscent of the yellow ribbons Korean have been wearing to remember the 304 passengers who lost their lives in the 2014 ferry disaster just as the Sewol was finally being raised to surface.

Kim Tae-yeon (48), who took the picture of the odd-shaped cloud, said, "I had chills down my spine because the setting sun gave the contrail a yellow hue".

Kim's brother-in-law posted the photo on the Internet, where it was instantly shared by huge numbers.