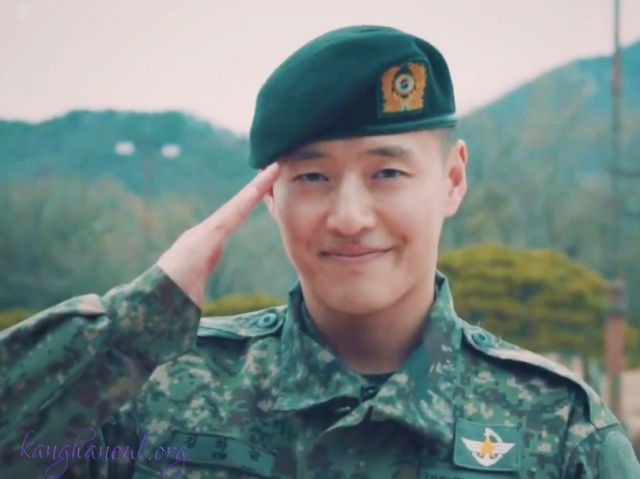 Actor Kang Ha-neul is calling South Korean citizens to participate at the upcoming discussions regarding the national defense budget.

On April 1st, the Ministry of National Defense released a promotional video featuring the actor and his fellow soldiers. Kang Ha-neul in his capacity as Private First Class Kim Ha Neul took part as a voice-over artist and actor in the advertisement.

In this initiative headed by the Ministry of National Defense, 100 citizens will be given the opportunity to join the discussions regarding the defense budget at the Townhall meeting scheduled to take place on May 11th.

South Korea's defense budget for 2018 amounts to 43.15 trillion won (approximately 39.7 billion US$). This is 7 percent higher compared to the 2017 budget, and is the highest increase since 2009. According to the Ministry, the large increase reflects the "grim security reality" of the growing nuclear and missile threats from North Korea.

Meanwhile, Kang Ha-neul is currently serving his mandatory military duty as military police at the Republic of Korea Army Headquarters in Gyeryong City near Daejeon. He enlisted on September 11, 2017 and is expected to be discharged on June 9, 2019.

"[riversky's Take] Kang Ha-neul Promotes Military Budget Discussions"
by HanCinema is licensed under a Creative Commons Attribution-Share Alike 3.0 Unported License.
Based on a work from this source