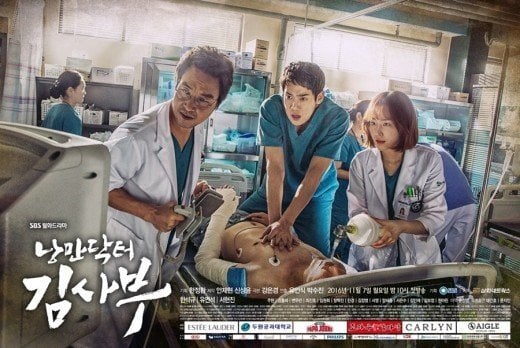 The drama "Dr. Romantic", which helped SBS up its stance, is coming back with a second season, but the original members Seo Hyun-jin and Yoo Yeon-seok won't be coming back, and a new cast is in the making.

"Dr. Romantic" aired in 2016. It was based on the country hospital of Doldam, and the story revolved around a genius doctor named Boo Yong-joo, a.k.a Teacher Kim, (Han Suk-kyu), Kang Dong-joo (Yoo Yeon-seok) and Yoon Seo-jeong (Seo Hyun-jin).

The thrilling developments, enticing love line and the passionate performance of the actors recorded a 27.6% in viewing percentage at the time, and demand for a second season became larger.

Meanwhile, a media claimed that Han Suk-kyu, who played Teacher Kim, had confirmed his role for the second season, but his agency stated that no decisions have been made yet.

On the other hand, the SBS drama department added anticipation to the drama by announcing, "We've been speaking to Han Suk-kyu about a second season and we are waiting for the scripts to be finalized".

Chances of Han Suk-kyu coming on board have increased, but Seo Hyun-jin and Yoo Yeon-seok won't be making it. Yoo Yeon-seok's agency told My Daily, "We didn't get an official proposal and we only just talked about it. Still, we had to turn down the offer for scheduling reasons".

Seo Hyun-jin's agency said the same thing, and she's currently revising the offer for the new tvN drama "Black Dog", so she won't be appearing in "Dr. Romantic 2".

""Dr. Romantic 2" in Discussion With Han Suk-kyu, Loses Seo Hyun-jin and Yoo Yeon-seok"
by HanCinema is licensed under a Creative Commons Attribution-Share Alike 3.0 Unported License.
Based on a work from this source